Owen & Mzee: The True Story Of A Remarkable Friendship by Isabella Hatkoff 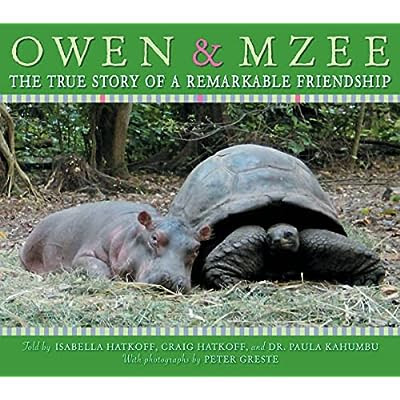 Summary: Kindergarten-Grade 5 When the six-year-old contributor to this book saw the photograph documenting the extraordinary friendship between a baby hippo (Owen) and a 130-year-old giant tortoise (Mzee), she persuaded her father to help tell their story. Originally an e-book, the hardcover version begins with images of the duo, whetting readers' appetite and providing reassurance as the potentially disturbing plot unfolds. After a scene depicting a pod of hippos near the Sabuki River in Kenya, the text describes the 600-pound baby's displacement and separation from the group during the 2004 tsunami. Children witness the challenging rescue and meet the knowledgeable staff at an animal sanctuary. From Owen's first approach for protection to Mzee's unexpected tolerance, the photographs, mostly by BBC photojournalist Greste, capture the pair eating, swimming, snuggling, and playing together. Their contentment and peace are palpable. Because it is sensitively structured, with careful choices about what is emphasized and illustrated, the situation does not overwhelm readers. The text and the back matter are brimming with information about the animals, their caregivers, and the locale. This touching story of the power of a surprising friendship to mitigate the experience of loss is full of heart and hope. A worthy complement is Ann Morris and Heidi Larson's glimpse at a human family's loss and recovery in Tsunami: Helping Each Other (Millbrook, 2005). Wendy Lukehart, Washington DC Public LibraryCopyright © Reed Business Information, a division of Reed Elsevier Inc. All rights reserved.

This is how Owen appeared on the morning of Dec. 27, 2004 before any attempts were made to catch him. Picture taken by Uncle Joe before putting camera down and entering ocean with two French volunteers (one was named Owen) and one KWS Ranger named Said. 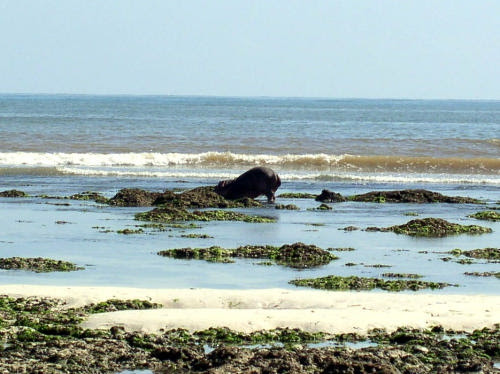 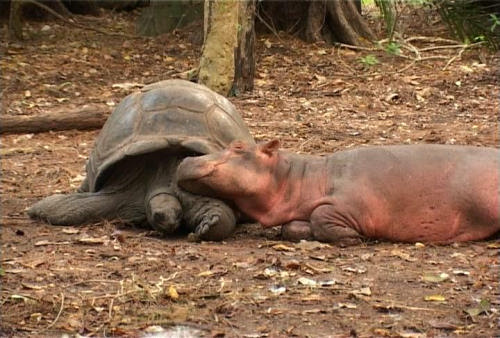 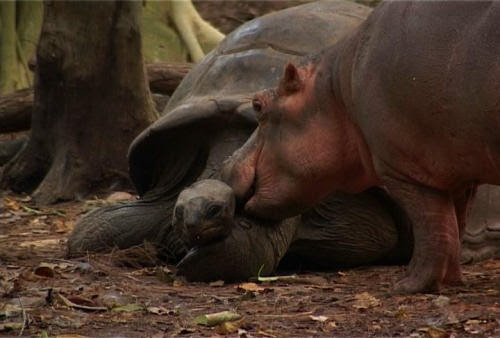 C & T 4140
This is a working annotated bibliographic list of children's and young adult books. It is intended for this list to grow as my exposure to new texts expands. A note about organization: Each book has several "tags" attached to it. This design accomodates different search purposes and is a way to purposefully peruse the list.